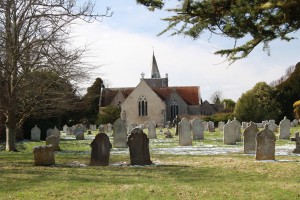 Milford-on-Sea was an established Saxon settlement (then called Melleford) by the time it was recorded in the Domesday Book.

The first church was probably built of timber around 1080 and replaced by a stone building in the 12th century, remnants of which can be seen today.

The village green is all that remains of the ancient common land but the manor, vicarage and mill buildings still exist although none retain their original functions. 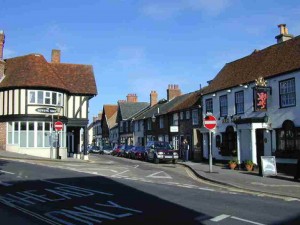 Until early this century Milford on Sea was essentially an agricultural settlement centred on the village green and the High Street.  Many tales persist of smuggling in the area, thanks to the parish’s ideal proximity to the coast and forest.

The beginning of modern Milford is connected with the fortunes of Colonel Cornwallis-West of Newlands Manor who in 1886 tried to model the village into a fashionable resort as his friend the Duke of Devonshire was doing at Eastbourne.

Unfortunately the attempt failed due to lack of capital and an outbreak of typhoid, which kept potential purchasers away. 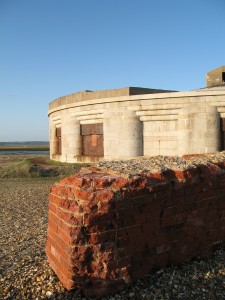 Recent development has made the village into a local centre as well as a popular destination for day-trippers headed for the beach.

Hurst Castle was built by Henry VIII and completed in 1544.  It has seen many incarnations and action over the centuries, holding Charles I prisoner as he was being transported from Carisbroke Castle to London for his trial and execution heralding the end of the Civil War.  It saw significant redevelopment in the times of the Napoleonic Wars and the 1870s and then more recently in World War 2.  More information about Hurst Castle can be found here.

Translation of the Domesday Book entry for Milford Parish reads:

Aelfric holds (Melleford) Milford on Sea of the king, in exchange for land in the New Forest.

Saewuf held it of King Edward. It was then assessed at 1 hide; and now half a hide, because part of the church is in the forest.

For more fascinating detail on Milford-on-Sea in times gone by, plus photos, podcasts and much more, click here to visit the website of Milford-on-Sea Historical Record Society.

25/11/2022
Public Event: You are invited to an online Zoom engagement event about the development of the... Read more»

15/11/2022
The Christmas light switch on and carol service will be on Friday, 2nd December this year... Read more»